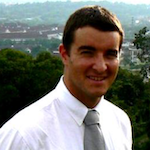 Cyber security is a rapidly expanding industry. Malware is exponentially increasing with over 230 000 new malware samples per day. It could be compared with World War One and Two where for each attack there was a counter attack or defence strategy. Billions of dollars were spent on research and development all around the globe in order to protect one's own and to outsmart the enemy. In the modern day digital arena, a similar story is panning out in cyber space. Attackers are trying new, clever ways to hack whatever they can while IT security specialists are making this harder by trying to stay one step ahead.

Here are some stats that might make you reconsider whether you have the necessary counter measures in place:

1. 95% of all security breaches are accounted for in only 3 industries

These are Retail, Technology and the Public sector. One might ask why these three? It isn't because any of these industries are more slack when it comes to protecting customer data. There's just a much higher level of personal information captured in these three sectors - making them an obvious popular target.

2. Every 39 seconds there's another security breach

The University of Maryland has compiled a Clark School study were one of the first to quantify the rate at which computers are being hacked via the internet – 39 seconds on ave. affecting millions being on the receiving end each year. A very common weak point where hackers often enter is via non-secure passwords.

These companies experience the following type of attacks:

As companies get more connected, Jupiter research suggest that cyber crime will cost organisations more than $2 trillion this year (2019)

5. Since 2013 there are more than 3.81 million records stolen via breaches daily

6. More than Three Quarters of the health care sector has been infected with malware during the previous year.

The research was based on examining over 700 healthcare organisations such as treatment facilities, medical insurance agencies and medical manufacturing companies.

Nexusgaurd's quarterly report states that DDoS attacks increased to 26 Gbbps which is equivalent to a 500% increase in size.

8. The total estimated spend on cyber security is expected to reach $6 trillion by 2021

This is a significant number which should encourage organisations to consider their approach on cyber security. One can no longer play ostrich. Cyber crime is the reality of our modern society and might require a fundamental change in how many see cyber security.

9. There will be approx. 3.5 million cybersecurity job openings by 2021

There are currently over 300 000 cybersecurity job openings in the United States which is 75% more than it was 5 years ago.

10. By the year 2020 there will be approximately 200 billion (that is twenty thousand million) devices connected to the internet.

Internet of Things (IoT) is no longer a buzz word. It is growing at a rapid rate and opens a real risk to all companies. The Symantec security threat report states there are roughly 25 devices per 100 people in the US.

11. Human error is the cause of 95% of all cybersecurity breaches

Cyber criminals find the weakest link to breach – this is almost never in the IT department.

12. Only 38% of companies say they are prepared for a full scale cyber attack

To top this, 54% of organisations have encountered one or multiple attacks over the past year.

13. Cyber crime has cost companies and organisations over $1 trillion dollars in 2018

Large corporates aren't the only ones at risk. Individuals are too. If you are connected to the internet, you should take the necessary precaution against cyber crime.

What does all of this have to do with ellipticSecure and HSMs?

Well, an HSM is one of the best ways to manage cryptographic keys. Secure your VPN certificates, encrypt your e-commerce access keys and protect the keys used to sign documents - the list goes on. Just by properly controlling VPN access keys you can prevent a number of attacks and minimize the amount of damage that can be done by a hacker. It acts as a smart utility that when present can perform a stack of functions at a very high speed but when physically removed hackers cannot access any of the data and keys stored on (or encrypted by) the device - leaving all client records and data out of harm's way.

Robert Kellerman is an engineer who specialises in technical marketing. He loves his family, making music, hiking and surfing. He is a bit of a coffee fanatic and roasts his own beans. He lives in Somerset West, Cape Town.